Imagine you saw something incredibly beautiful - the very thing which you'd been making phone calls and sending emails about for the past month - sitting in front of you at a traffic light on sunny Sunday afternoon, like manna from heaven in all its bright red glory?  I'm speaking of a DARLING little bright red 1953 Ford truck that I met just a short week and a half ago. 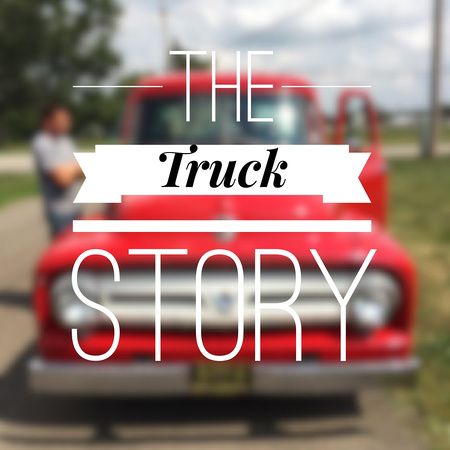 A little bit of crazy never hurt anyone right?  That's probably not true, but roll with me on this?  Let me set the stage for how I got I here.

There's a lot that goes into planning a great session, and one of those things is the styling.  After chatting through our options with my stylist Tonya, we settled on three different themes for the sessions.  One of those themes was The Orchard.  As we sat and brainstormed we became completely attached to the idea of having an old truck as a part of the apple orchard theme.  It would be the centerpiece, the crown jewel, the inspiration point around which we would stage the session.  There are SO many great ways to have fun and photograph family moments around a good truck.  We started pursuing leads for different cute old trucks, but nothing seemed to be working out.  One was in the shop for repairs with no guarantees of when it would be out of the shop.  Another was road-worthy but had to be trailered in because the state refused to grant the owner a title for his work of art.

I wasn't quite at the end of my rope, but I was getting close when I saw the gorgeous 1953 Ford sitting at the stoplight in Marysville on a sunny Sunday afternoon.  This is pretty much how it went down:

Me to my long suffering husband:  "Look at that CUTE truck."

Pete says nothing but looks over to check out the latest object of my obsession.

Me again:  "I wonder if he'd let us borrow it for the mini sessions."

Me, blathering out crazy ideas: "We should follow him."  (BECAUSE THAT'S COMPLETELY NORMAL AND NOT CRAZY AT ALL.)

Still quiet, Pete calmly drives by our intended stop (the gas station - which, by the way, we had just pulled a U-turn to get to so we'd have the fuel to get us back to Columbus).

I'm thinking the truck will stop soon.  It has to right??

WE FOLLOWED IT ALL THE WAY ACROSS TOWN, YOU GUYS.

I know.  I don't know what exactly we were thinking either.

Finally we get to another stoplight, and cool as a cucumber, Pete pulls up next to this bright red little beauty and asks the gentleman in said truck (who thankfully also had his window down) if he ever rents out his truck.  Pete explains that his wife is a photographer and she loves it and needs a truck for an upcoming shoot.

The man in the truck says, "No" and before my heart even has time to fall he finishes his statement and says, "I like to give it away."

And then the cars behind us are honking like mad because the light turned green again, and the man tells us to pull into a parking lot up ahead.

We do.  He gets out and he shows us his truck and we tell him what we need it for, and he is all kinds of generous about letting us borrow it.

I get his email address and phone number.  We confirm dates.  He says if he can't be there, his brother will bring it.  I'm floored at all of the generosity.  People are awesome.

A lot of life doesn't work out and I don't know why, but it's moments like these that have me convinced that God does really know us.  I know you can say it's coincidence.  I know it can't be proved.  I think that's the beauty of it.

If you haven't signed up for the Styled 2015 Mini Sessions, I recommend checking out The Orchard session.  It's going to be loads of fun, and I'm beyond excited to get photos of you and yours with this little gem of a God-given truck. 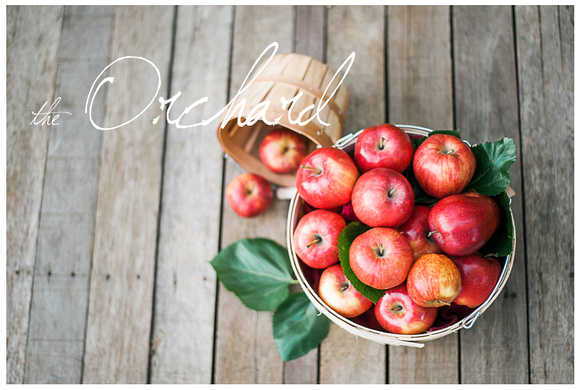